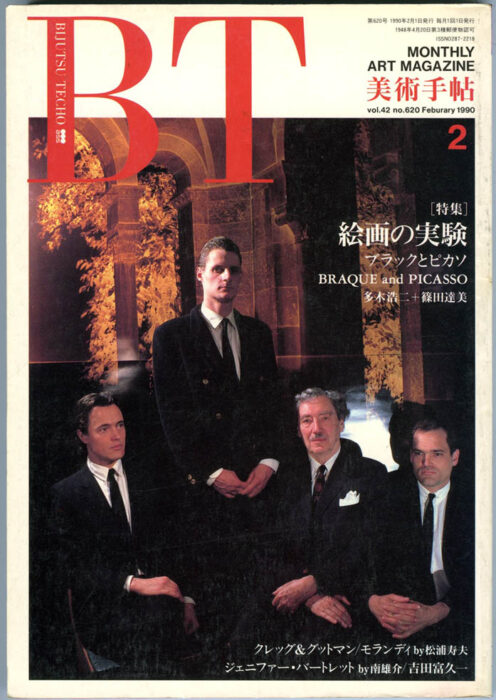 Since 1980 Clegg & Guttmann have worked on a photographic project on the relationship between aesthetic power and "real" power. The artist's preferred medium for this investigation is the official style of portraiture handed down from the Northern Baroque, which survives today in the annual corporate report photographs the pair first adopted as source material. They have updated this genre introducing variations, especially contemporary advertising narratives that center on subject/consumer participation in elegant tableaus. In their discrete portrayal of power's more graceful attributes Clegg & Guttmann's personal relationship to their subject matter is deliberatly left unclear.

Also known for their sculptural and installational works the artists developed over time an exhibition praxis in which two- and three- dimensional elements enter into a dialogue. Their exhibition at Galerie Nagel Draxler Berlin contains a giant "haircut" sculpture of a style that originates from somewhere between archeology and the 50ies. As much as "hair" is the a medium of „self sculpturing“ in the daily life of individuals, it is on the other side an expression of a specific time, context, and fashion that changed through history.

The portraits shown on the main wall of the gallery are taken from printed matter from the past that features works by Clegg & Guttmann in an article or on the cover. Strangely the presence of the sculpture makes the viewer aware of details in them, especially of the different hairstyles of the posing personage, in some cases stemming clearly from the 80ies. Blown up to a much bigger size the surfaces of these "recycled" images get strongly pixeled while scratches and bends in the paper become visible. This not only inserts an opening to last centuries yet unresolved discourse of art vs. (art-)photography but also immediately transfers the frame of reference from 17th Century painting to 20th Century Pop Art or, more correct, makes it makes it oscillate between different time frames.

Through a very simple self referential link Clegg & Guttmann manage to adress not only the history and the historicity of the concept of art but also meditate on the concept of history itself.