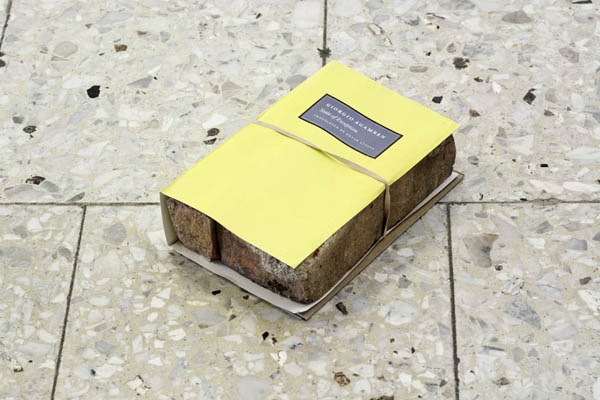 In Rene Daumal’s great unfinished novel, Mount Analogue, two characters – one an eccentric inventor, the other a minor historian of culture and religion - independently come to the same realization: that somewhere on the surface of the earth there must exist an invisible mountain of such great mass that it would be the largest on earth. The novel describes their search for this invisible mountain, whose existence was necessitated by the sheer force of myth and geographical symmetry.

When asked to construct a group exhibition loosely based on contemporary practice in New York, and after much head-scratching, dead-ends and unraveling ideas, two characters in this exhibition, Reena Spaulings and Gareth James – one a real but non-actualized subject, the other a minor curator of eccentric exhibitions – realized that two mythological objects were missing, without which it would be impossible to respond. Our characters thought that it would be impossible to provide a coherent description of what New York art meant to them. And further, they were puzzled by the absence of an art school in Cologne (when it seemed to them that the production of art there had always revolved around this absent institution). Finally they realized that there must exist in Cologne, an invisible art school in which they would find their missing New York exhibition: Die Massiv-Analog Akademie.

Not all the artists in this exhibition are based in New York, but our two characters came to know them there, or they remain important to what goes on there. The Massiv-Analog Akademie Class of 2007 includes work by Claire Fontaine, Kim Gordon, Amy Granat, Wynne Greenwood + K8 Hardy, Gareth James, John Kelsey, Wyndham Lewis, Sam Lewitt, Klara Liden, Scott Lyall, Breyer P’Orridge, Martha Rosler, Emily Sunblad, Kara Walker and Lee Williams.