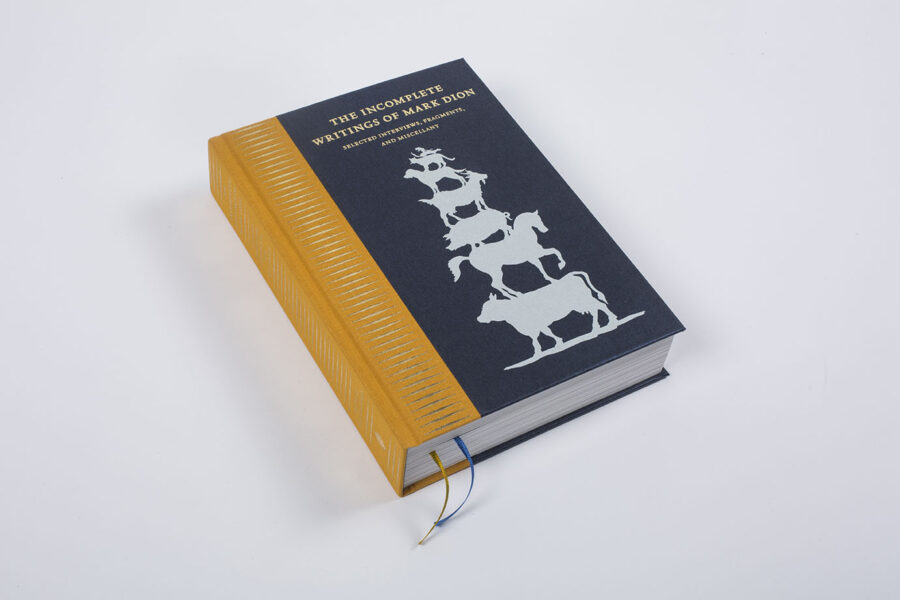 Galerie Nagel Draxler in Berlin is happy to announce the launch of two new publications, as well as a portfolio of prints by the American artist Mark Dion (New Bedford, Massachusetts, 1961). The launch, on Tuesday, January 23 at 7 pm will include a public interview with the artist and a book signing.

The Incomplete Writings of Mark Dion: Selected Interviews, Fragments, and Miscellany is a Wunderkabinett in book form. It comprises nearly a hundred richly illustrated texts by and interviews with Dion from the mid-eighties to the present day, many of which have not been published previously. The Incomplete Writings of Mark Dion: Selected Interviews, Fragments, and Miscellany offers an overview of the evolution, diversity and at the same time remarkable consistency of Dion's work. This publication offers not only the most extensive overview of Dion’s work so far but is also the first large selection from his writings to be made available to a wide audience. Dion's writings are characterized by their curiosity, directness and intellectual versatility. The often polemical texts with their mild irony emphasize yet again the increasing urgency of Dion's engaged work at the beginning of the twenty-first century. The hardcover encyclopedic publication counts 544 pages and was edited by the Dutch curator Roel Arkesteijn. To help fund the book, the limited edition The Miscellany Portfolio was published, comprising a portfolio with artist’s label, a lithographed inventory list, and eight three-color lithographs by Mark Dion.

That same evening, publisher Gerhard Theewen will introduce Salon Verlag’s new artist’s book on Mark Dion as a part of the edition series Carte Blanche, which was founded in 2017. For Carte Blanche no. 2, Mark Dion selected thirty drawings of naturalist tools, creating an ‘apparatus’ specific to his entire work.

During the event at Galerie Nagel Draxler, Mark Dion will be interviewed by book editor Roel Arkesteijn, followed by an introduction by Gerhard Theewen. Subsequently, Mark Dion will be signing the new publications. Exclusively that evening, both Mark Dion publications and the portfolio of prints will be on offer for a special price.