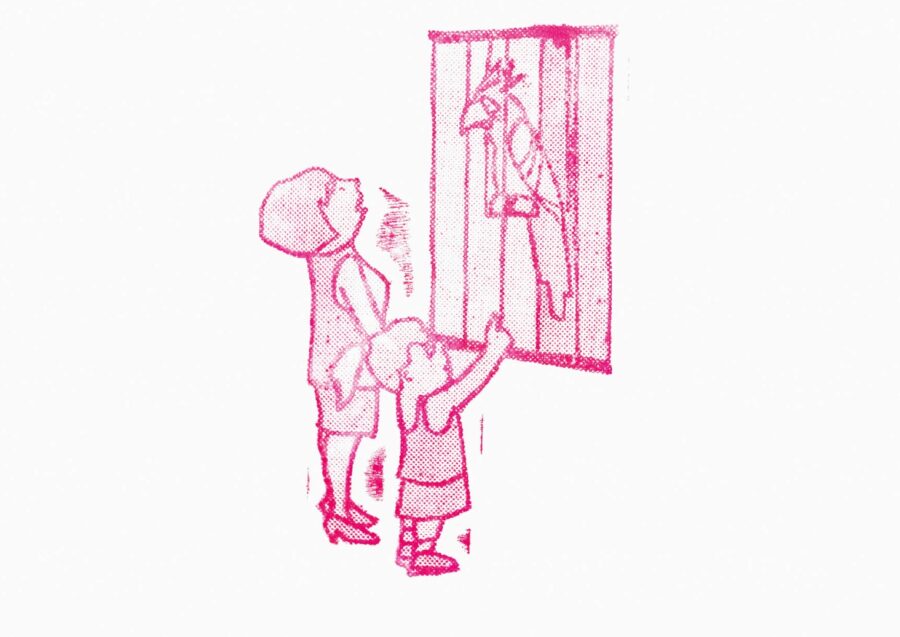 Bathroom Music, brings five stories together into one room (originally, a bathroom), and listens as the echoes bounce on windows, walls and plumbing. Several stories intermingle as displaced tales take on new meanings. There is a monkey, a parrot, a Texan, several missing banjos and a bunch of channel swimmers. And there are peanuts big and small and marshmallow. The monkey and the parrot will eat the peanuts. The Texan will wait years hoping his land will yield one fine peanut. The banjos are themselves someone’s missing peanut. And to the channel swimmers, the channel is a peanut. What we look for, and hope for, and wait for, and work for, is a peanut.

The Stephanie Taylor Kong Boos, forthcoming from MAK in 2016, is Taylor’s second songbook, encompassing six songs written since 2010. Working from this music, Taylor wrote Bathroom Music, in which the six songbook songs intermingle in snippets and returns. In December 2015, the work was performed in a bathroom, in Los Angeles, by a five-person chorus, and a cellist, sitting on the toilet. The exhibition, Bathroom Music, takes the idea of mixing these songbook stories together, this time without music or words, or a bathroom.